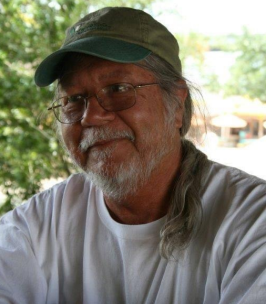 Biddeford – Glen M. Lee, 76, a resident of Fayette passed away Friday, February 11, 2022, at Southern Maine Health Center in Biddeford following a brief illness. He was born January 6, 1946, in Florence, South Carolina, the son of Glen M. Lee and Ada (Petty) Lee. Glen attended school in various locations due to his father serving in the U.S. Military. Glen joined the U.S. Air Force and proudly served from 1964 to 1968 during the Vietnam War. He worked as a recaust operator at International Paper Company at the Androscoggin Mill in Jay. On July 29, 1991, in Wilton he married Cindy McDaniel of Fayette. Glen enjoyed snowmobiling, boating, driving his sports car and computer gaming. But more than anything else he loved the time spent with his grandchildren Ryanna and Zylus. He is survived by his wife, Cindy Lee of Fayette, children, Shawn Taylor and fiancée Brittany of Fayette, Justin Taylor and wife Nicole of Hawaii, Heather Miller and husband Corey of California and Tiffany Becher and husband Noah of Indiana, his beloved grandchildren, Ryanna and Zylus Taylor, his mother-in-law, Wilda McDaniel of Fayette, brothers-in-law, Keith McDaniel of Fayette, Vern McDaniel and wife Amy of Starks and Scott Roy of Arkansas, sisters-in-law, Sharon Snyder and husband Charles of Monmouth, Doris Mitchell and husband Gary of Fayette, Tracy Wiles and husband Bick of Hollis and Lisa Odom and husband Terrell of Mississippi, He was predeceased by his parents, Ada and Glen Lee, father-in-law, George McDaniel, sister-in-law, Sadie McDaniel Roy and his dogs, Kyra and Petey. Messages of condolence may be sent to: www.finleyfuneralhome.com