Obituary for Lydia B. Mason (Beauchesne) 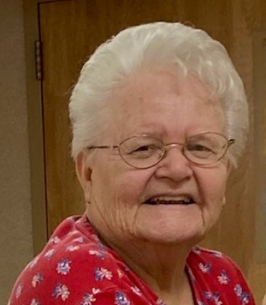 Augusta - Lydia B. Mason, 85, a former resident of Wales and Myrtle Beach, SC, passed away Thursday, July 14, 2022, at Maine Veterans Home in Augusta. Lydia will be best remembered for making people laugh with her quick wit and her spicy and sunny disposition. Lydia lit up a room and could talk to anyone. She was rarely seen without a Harlequin romance novel in hand. She was born October 8, 1936, in Rumford, the daughter of Fred and Alice (Dower) Beauchesne. She was educated at the St. Athanasius Catholic School and graduated from Stephens High School in Rumford. Moving to Lewiston after graduation, Lydia lived at the YWCA where she met and married James A. Mason on May 6, 1961, at St. Athanasius Catholic Church in Rumford. She worked for W.T. Grants, then at Peoples Bank as a teller and finally retired from Androscoggin Bank. Lydia worked alongside her husband raising Christmas trees and making beautiful balsam fir wreaths. Their trees and wreaths were a favorite among school and sports fundraisers. Together they enjoyed raising two daughters, snowmobiling, camping, square dancing with their many friends as members of Winthrop Squire Town Square Dance Club and as members of the Young Couples’ Club of Wales. Mr. Mason passed away on April 30, 2002. Looking for adventure, Lydia moved to Myrtle Beach, SC where she met her longtime companion, Lester J. Yager, Jr. They traveled extensively, enjoying many hobbies including gambling, horseracing, and caring for their beloved puppy Bernie. In 2016, due to illness and the need for constant care, both Mr. Yager and Lydia moved back to Maine and into assisted living. Mr. Yager passed away on December 7, 2021. Lydia is survived by her two daughters, Deborah M. Gile and husband Dwight of Wales, Diane M. Friedman of Wales, three grandchildren: Garrett J. R. Gile, Lesley A. Martin and husband Michael, and Zoë I. Friedman, one great-grandson, Trent Martin, two sisters, Fern Gallant, Pat Lavorgna and husband Joseph, a brother, Tom Beauchesne and wife Elaine, a sister-in-law, Georgette Beauchesne, and many nieces and nephews. She was predeceased by her parents, her husband, James A. Mason, her companion, Lester J. Yager, Jr., a sister, Mary Gallant, and three brothers, Richard, Robert, and Daniel Beauchesne. The family would like to thank the many caregivers at Maine Veterans Home in Augusta for the friendship and care they provided. Messages of condolence may be made to: www: finleyfuneralhome.com