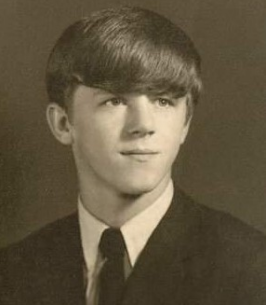 Lewiston – Wendall K. Ross “Kerry”, 70, a resident of Livermore Falls, passed away Saturday, July 16, 2022, at St. Mary’s Hospital in Lewiston. He was born September 2, 1951, in Farmington, the son of Joseph H. Ross, Sr. and Ruth (Gill) Ross. He was a 1970 graduate of Wilton Academy. He proudly served in the U.S. Army during Vietnam. On December 19, 1972, he married Louise. He was a self-employed antique dealer. Kerry was a N.R.A. Member, Maine Militia member, Red Cross Volunteer, a volunteer for search and rescue with his dogs, Abraham and Moses, a little league coach, and a Boy Scout Leader. He enjoyed hunting, fishing, fly tying, and antiquing. He is survived by his children, Gayla M. Ross and Kerry J. Ross both of Livermore Falls, 7 grandchildren, Kayla, Felicia and significant other Griffen, Sr., Jamie, Breann, Amya, Chance, and Cahlie, 4 great-grandchildren, Baylee, Isabella, Hazel, Griffen, Jr., Kai, and one on the way, his sister, Melanie York of Farmington, brothers, Joseph Ross, Jr. and wife Carol of Wilton, Howard Ross of Portland, and Dennis Maxwell of Wilton. He was predeceased by his parents, his former wife Louise, and foster son, Brian Millett. Messages of condolence may be sent to: www.finleyfuneralhome.com